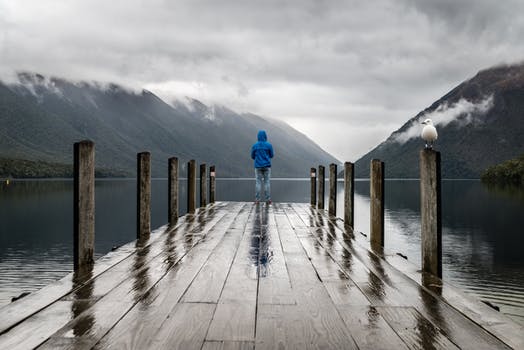 Linking back to a previous blog post on scary goals and being brave one area that frequently comes up in my career coaching work is when an individual is trying to decide whether to leave paid employment and enter into the world of self employment.

I remember when I made this move leaving a very well paid corporate job in 2000 I walked out of the office door for the very first time “unemployed “ thinking what I have just done is either very brave or very stupid. There wasn’t a plan on what I was actually going to do I just knew that the job I had been in was making me miserable and had been doing this for about eighteen months. I had got to the point where I dreaded going back to work after a holiday and I had always vowed if that happened to make some changes.

Within the first couple of weeks had I heard a few of bits advice from mentors who had a similar path and were a few years down the line at that point. The advice I gained in these early weeks I still pass onto others as I believe them to be very true in my experience

I certainly underestimated the length of time it takes to

What you get in return however after persisting through these initial years is immense personal growth along with a sense of achievement and freedom along with the by product of meeting some great new people on route.

Sandra works as a coach with both businesses and private clients. She is also author of the book Own It – regain control and live life on your terms available from Amazon click here http://bit.ly/1JhAkst

So how are you doing with all those good intentions, resolutions, goals or new habits that you decided to commit to at the beginning of the year?

If I look at myself then I would say I am doing better with some than others, there are certain actions that are proving more difficult to embed as habits than others. When I work with both business and private clients keeping the momentum going over a long period of time and working out how to embed certain behaviours or habits that the individual wants to work on is by far the hardest part of the change process.

So let’s take a work example to illustrate a couple of things that can help embed new ways of improving or creating new actions moving forwards:

A leader I have been working with for several months was struggling to commit her time to holding regular Team Meetings and hold monthly 1-1,s with her direct reports. She had had various attempts at putting the meetings in the diary and had also managed to keep the momentum going with a few meetings but it never lasted more than a couple of months. She began to think it didn’t matter as she sat quite close to the people they all chatted every day and they were having the occasional meeting. Deep down however she knew that the regular pattern she had originally set out to achieve hadn’t been embedded to become routine practice plus the fact that these two activities in my view (as her coach) were key to maintaining individuals motivation, aiding consistent communication and managing performance issues. It took a couple of events to refocus the leaders attention back to the important “why” did she want to work on improving this area in the first place. The two events were a high performing member of the team handed in her notice as she felt she wasn’t been challenged or developed enough in the role plus in the end of year appraisal feedback the Team commented that they often didn’t know what was going on in other areas of the business. When we discussed both of theses events at a coaching discussion it was clear that if the regular 1-1’s had been happening with everyone and team meetings were a given part of daily operations then these two events might not have occurred.

So this illustration shows there has to be a solid reason behind why you want to embed new behaviours or change the way you do things.

Ask yourself the question for anything you intended to do at the beginning of 2018 what was your “why” was it strong enough? Is it still there?

Also who are you accountable ? It really helps if you share what you would like to work on with someone else and ask them to be your accountability buddy until the new habit or action becomes embedded in your routine.

Sandra works as a coach to both businesses and private clients – more information can be found at http://www.sandrawebbercoaching.com. She has also written a book called Own It which can be found on Amazon at http://amzn.to/2m3l8Vl 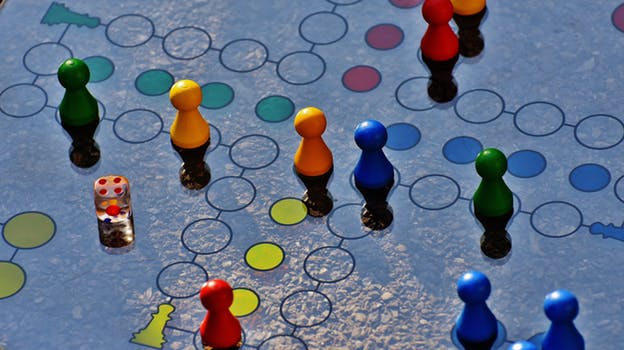 Anyone who knows me or has read my book Own It will know that I always like to be working on a new challenge however sometimes I do wonder why I do this as it is not always easy.

I love the initial phase when a new idea bubbles up or just comes completely out of the blue in what I call a moment of clarity! It’s happened to me many a time e.g. Deciding to qualify as an accountant in the 1980’s, setting up the business in 2000, doing my first triathlon and then an Ironman! Well the challenge that came up from nowhere this April while on holiday in Lanzarote was I want to learn Spanish and be above average.

So, the familiar pattern starts, and I secured a Spanish teacher before the return flight landed at Bristol airport and I was telling everyone this was my new “non-work” project. I discovered a brilliant app Duolingo thanks to a client who recommended it and initially everything was great.

Now nearly eight months later reality has hit learning Spanish is hard and requires a lot of time and effort. I keep meeting an amazing amount of people who I didn’t realise can speak Spanish well some who did A levels or degrees in it. I have also met a lot more people who have embarked on a similar project, maybe with a different language, who have given up when they got to the stage I am currently at. It’s not as easy as I thought it was going to be. I am myself at that decision point, how much do I want this? Is my reason for doing this strong enough?

Well at the time of writing yes, I am still fully committed to learning this language even though it’s not going to be as easy as I originally thought. I am going to have to put more effort and time into this if I want to achieve my goal however you will notice I didn’t put a timeline on this challenge and this was for a reason I wanted it to be a fun, non-work-related pastime. I certainly know an awful lot more Spanish than I did in April of this year and I need to remember this. My understanding and recognition of words is much better however there is still a lot more work to be done in pronunciation and understanding what is been said by the natives rather than a slower paced Spanish lesson.

So, it’s a challenge you bet it is and it’s tougher than I thought but that is ok it just might take a bit longer than I originally thought and I have now got great respect for those people who can fluently speak a second language.

Sandra works as a coach or Businesses and Private Clients. She is also author of the book Own It regain control and live life on your terms available from Amazon http://amzn.to/2m3l8Vl 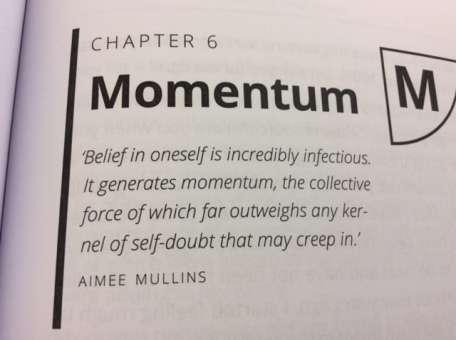 The forth step of the G.A.M.E model is challenging me personally at the moment and I know when people have given me feedback after having read the book this is the step that we all find difficult at some time in our lives.

When I did triathlon for eleven years I had two injuries that stopped my training and race schedule abruptly one to the back that made running painful and another to the shoulder that prevented swimming. Both injuries were frustrating and learning opportunities at the same time. At the time of typing I have my first serious injury (damage to a bone in my wrist) from Ashtanga Yoga… yes you can get injured doing yoga! When this happens the day to day momentum that existed in quite a routine way is stopped abruptly. Initially I hoped that it was a little niggle that would go away in time with a few slight adjustments to my daily practice however as the pain persisted it became evident I needed some expert advice and investigations. All the time while the pain in the body persists different mental patterns and physical coping mechanisms arise to keep momentum going and motivation intact. My daily morning practice is important to me as my “set up” space for each day and whereas before injury this was enjoyable this was starting to get less so and then questions go through the mind as should you be even attempting this. What is right and what is wrong for us all individually is entirely unique and one we have to take ownership for.

Then there are the inputs from people who surround us both inside and outside of the medical profession that sometimes helps and other times confuse. Again only one person can decide who best to take advice from and when also to stop taking advice and decide on a path, follow that path to the letter and stop googling symptoms as well, that is ourselves. I thought I had learnt from previous injuries on a correct process to follow but I did find myself repeating some of the old behaviours that I thought had long gone eg googling and self diagnosing. The other skill that is needed in this situation, again I am far from perfect on this, is accepting the situation you are in regardless of the daily frustration it causes physically and mentally. On a good day I am ok with this and look to see what I can do rather than what I cant do. On a bad day I can feel sorry for myself and find unhelpful thinking patterns occurring. It is at this time I need to firstly observe myself going down this path and find something to focus on that stops this downward spiral, this could either be connecting with one of my “rays of sunshine” or focusing on another one of my goals or aspects of my life that doesn’t demand my injured wrist eg learning Spanish or working with a new coaching client or reading a new book. I think my main learning this time round as I struggle with this step is focus on what I can do rather than what I cant along with how can I use this enforced adjustment period to focus on things that maybe I didn’t make time for before inside and outside of my Yoga practice. Making use of the “what makes you feel good” lists  I encourage people to create at the end of chapter 6 in http://www.own-it-book.com is also helpful when this step becomes a challenge.

The full book can be found at http://amzn.to/2m3l8Vl